I am working on conserving certain bird species in the Northeast

You have to understand that music is just one part of my life. There are other things — mountaineering, climbing, birding, photography, astronomy. This is why I left my corporate life. I had started with a multi-national bank, then moved to advertising. I was working as a client servicing guy. I left the corporate life because I didn’t want to ask my boss permission to go for a trip. I wanted to do something where I could go when I want. I was finitely aware of the limited time I had.

It is everywhere. We make the mistake of sitting at the keyboard and thinking that is music. I have been to places at 23,000 ft where a lone temple bell is ringing – that is incredible music too. I have been to forests in Kaziranga where tribals sing songs to ward off wild animals at night. That is music too.

I find music more in nature than in the cities. I am a very outdoor, non-city guy. I come here to work and then go off. I do two trips every year — one with my family and one alone. The one I do alone is slightly ambitious, like climbing Mount Everest or a journey down Mongolia through the vineyards. Music pays me for it. I do this because to be with somebody, to share with somebody, to learn something from somebody happens when you travel.

People are my book

I wrote a Bengali book called Ferari Mon. I wrote it because, the India that I have seen somehow doesn’t match with the headlines of newspapers — rape, murder, dishonesty, lies — the billion-plus people residing in this country cannot function if the headlines were true.

The incredible people I have met along my journey make me believe that their stories need to be told. For example, travelling to a place which is two days from an area which is on the Chinese border where you require a permit. I stay the night, backpack early morning and reach the check post and put my hand in my pocket and realise there is no wallet. The guy says, ‘Sir, you have to get the hell out of here otherwise you will be behind bars.’

I went from there to a nearby village and stayed in the night, gradually figuring that I left the wallet behind in a tea shop. Two days later, I see the tea stall owner standing there. The journey I did in two days, he did in one. The city bastards that we are, I take out money to give to him. He said, ‘Sir, pray that the next time somebody does that, don’t think of the money, think of the fact that I could reach out and help you. Let money not be the motive. 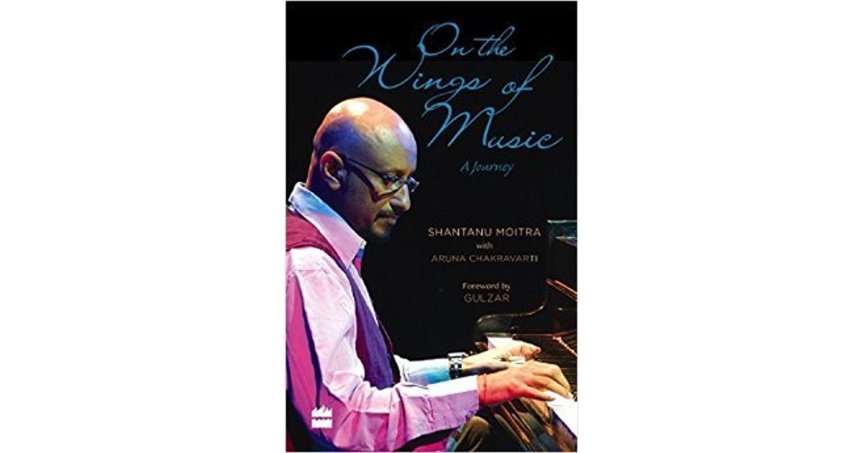 My book On the Wings of Music is really about these people, also people I have met along the way, like Gulzar. As I have mentioned in the book too, he’s my youngest friend in Bollywood. His mind is so young, I can talk to him about things I can’t even talk to my father about. Why Gulzar is Gulzar is because of the way he perceives even inanimate things like a planet. In his foreword to my book, he has written a beautiful line, ‘Shantanu is like a lantern, he keeps on ticking.’

Music cannot just be for the music

It is shocking that our country’s representation of music is films. Nowhere else in the world — France, Italy, Spain, Belgium — does this happen. We have a rich and diverse culture of music. We have folk, ghazals, thumri, Indipop. They are blaming Bollywood. It has always been glamorous. It is like a magnet, it takes the best of the other genres.

When other genres aren’t there anymore, it’s like a starburst. What does a starburst do? It starts eating into itself and killing it. Lyrics don’t matter. They are getting funnelled so they can fit into ringtones. The last time I heard a ghazal on radio was when Jagjit Singh died. How many times does an artist have to die before a genre can be heard!

There’s a world waiting for you outside

If you can empower yourself with that knowledge, and go out and seek things, you will never be hungry in your life. If you have a place to stay and there is food, you can go anywhere in the world.

I have seen so many people who have never left the city for years because of the cocoon we live in, thinking bahar pata nahin kya hoga. In many ways, my music says that. After 3 Idiots was out, I shut my phone for six months and went to Arunachal Pradesh.

Even if the industry forgets about me, so what? There’s a whole world out there. Rather, let me do something where the industry remembers the work.